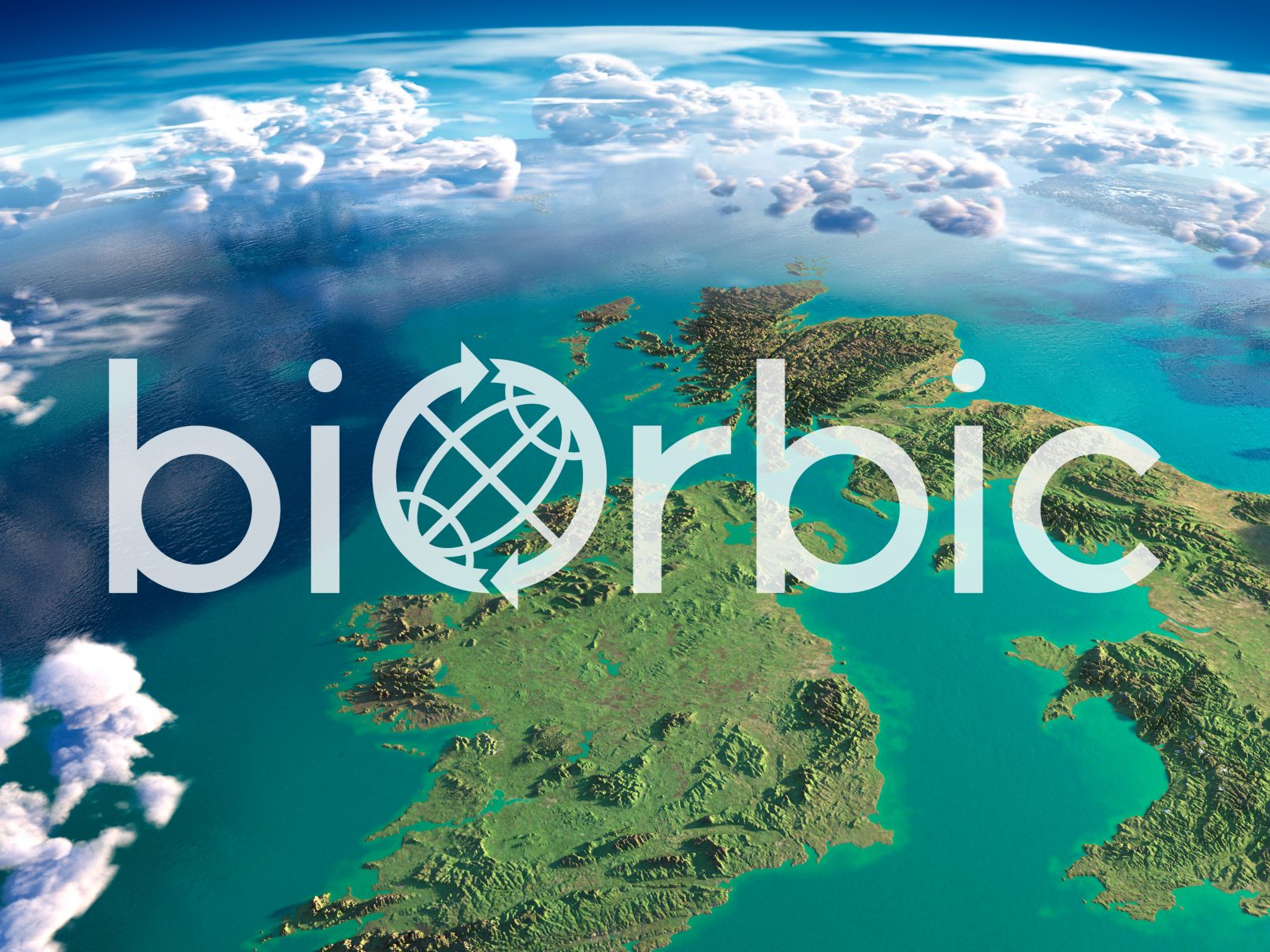 This project began with a fundamental need to change the name of the organisation. To mark the transition to an exciting new phase for this unique Irish research centre.

Formerly known as ‘Beacon’, they have established themselves as a national centre of research. Assembling and recruiting leading Irish and international researchers from across the globe to address the challenges we face internationally as a society through a bioeconomy lens.

The original name was selected prior to establishment, and subsequently after initial start up phase a rebrand to better reflect their core values of excellence, discovery, innovation, collaboration and respect was decided. Whilst also considering how best to move forward to strengthen and strategically grow the Centre and Ireland’s perspective on the potential of their untapped bioeconomy.

The naming process was carefully navigated with numerous ideas presented (and discarded) along the way. Nine territories were agreed for exploration which formed the backbone of the initial longlist which was narrowed to a shortlist of front runners. And with valuable input from key funders Science Foundation Ireland (SFI) a simple ambition prevailed of coming up with a name which reflects the breakthroughs the centre will make.

The name ‘BiOrbic’ was chosen because it is a totally unique. It reflects the Centre’s multi-faceted outlook by combining the BIOeconomy, the global (Orb) nature of the work and the economIC and societal impact.

With the name agreed, the look and feel exploratory work began to bring the Centre’s mission and vision to life visually. A simple but distinctive icon was designed and embedded within the logotype to represent the circularity messaging which runs through the ethos of BiOrbic and the wider bioeconomy community. This was particularly liked because of its adaptability online and across social media.

A wider palette has developed to brighten the Centre’s communications generally, and a modern san serif typeface (GT Walsheim) is also chosen for its modernity and legibility.

Vincent Design were asked to pitch for the project and were commissioned in August 2019. The new BiOrbic brand launched on the 31st January 2020. 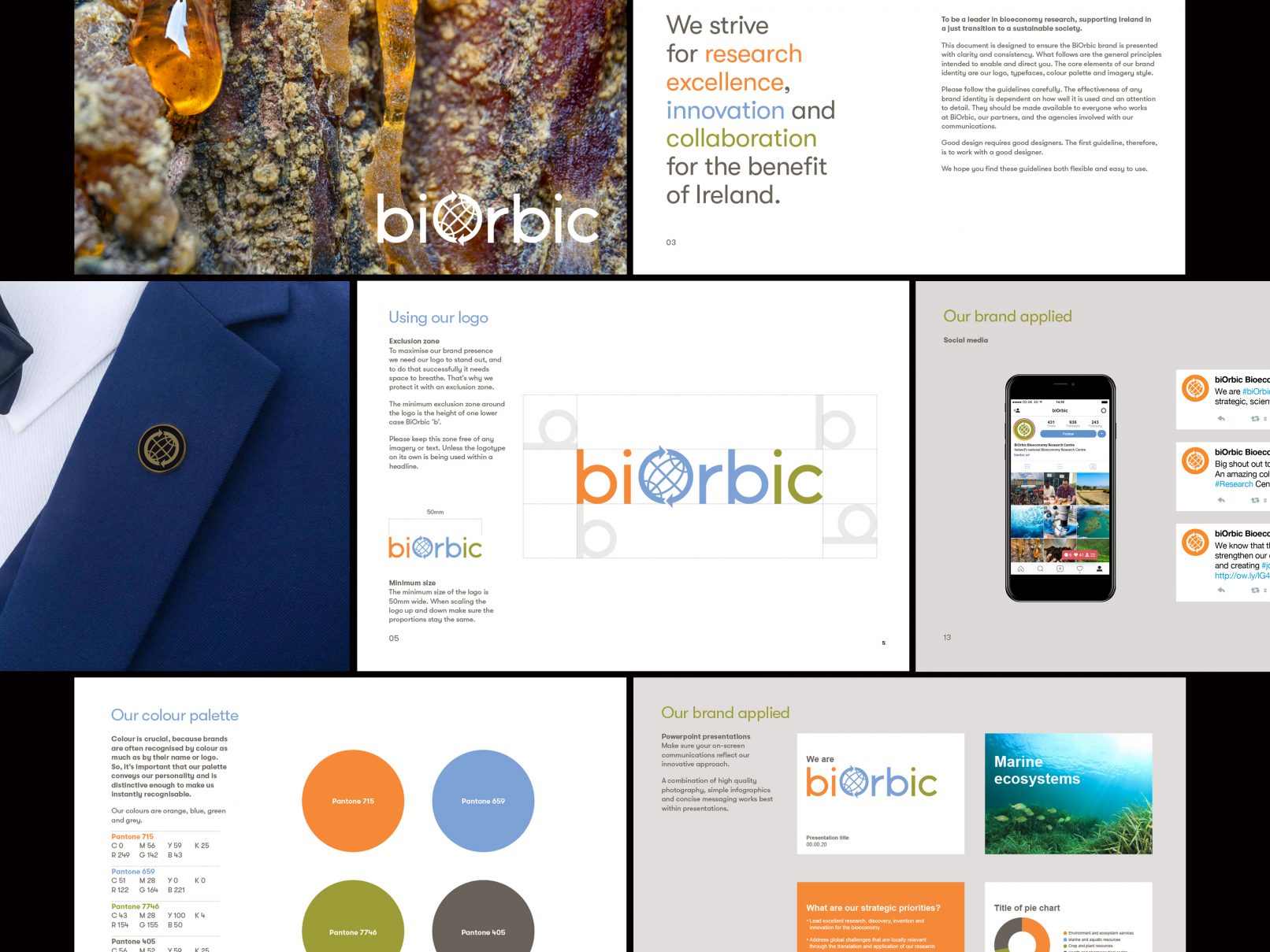 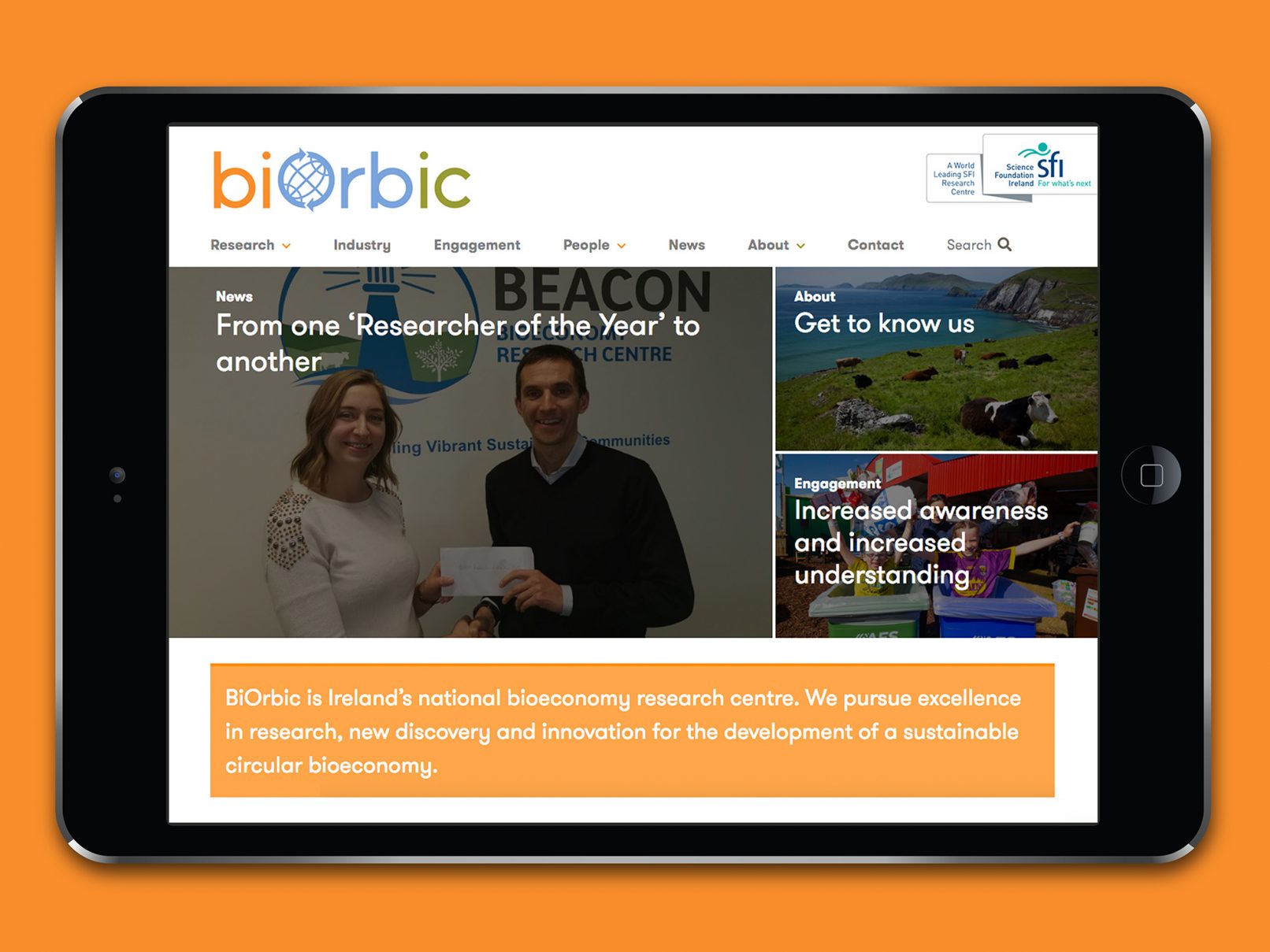 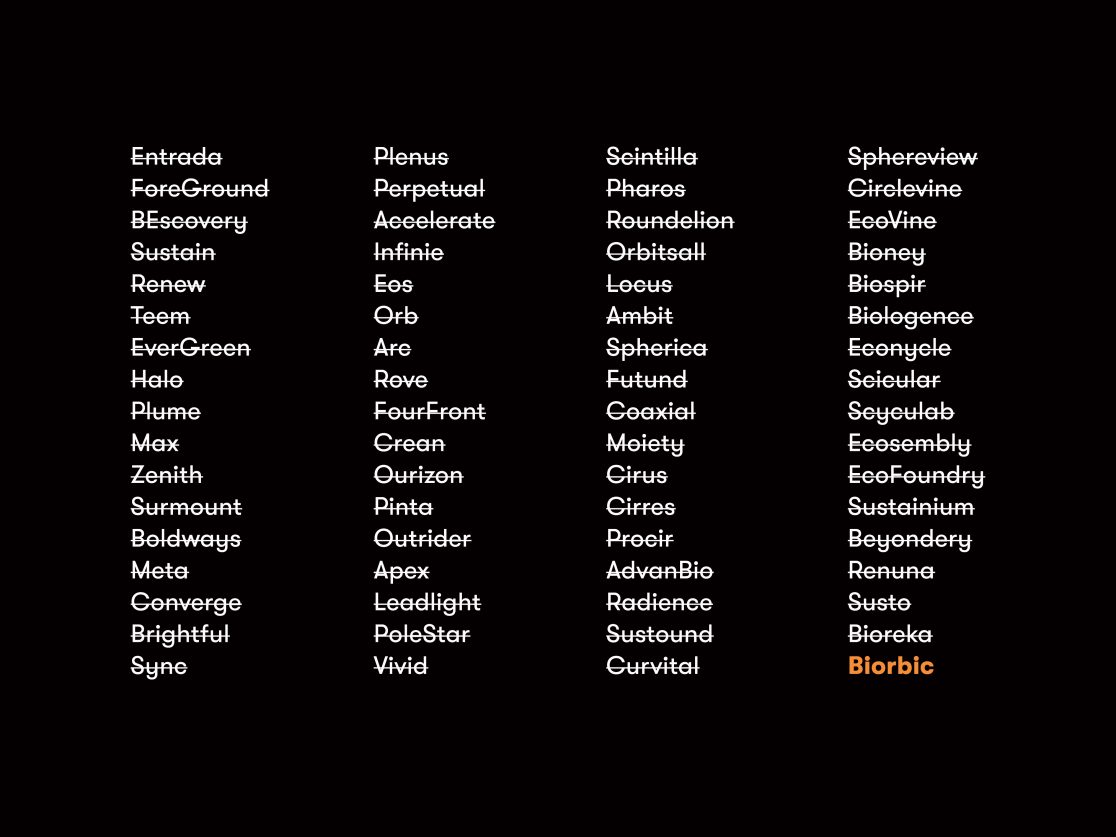 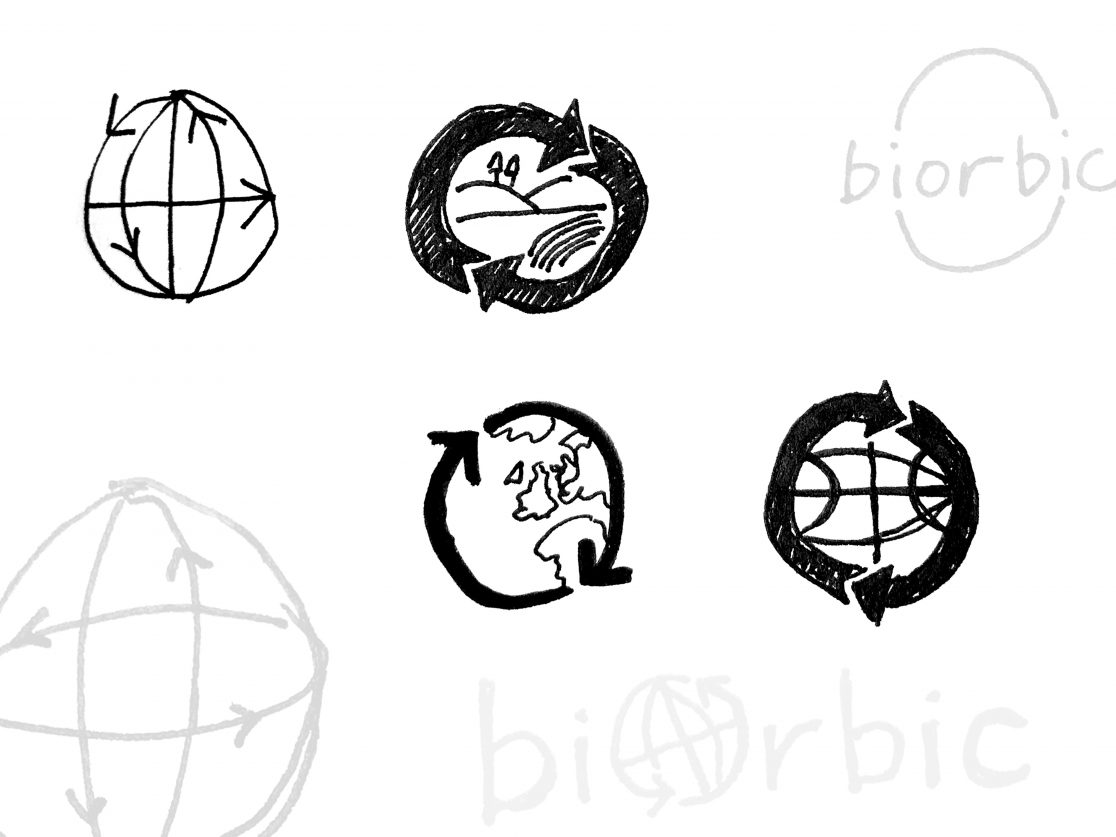